ON SALE
NEW IN STORE

or make 4 interest-free payments of $20.25 AUD fortnightly with

Lightning McQueen and Cruz Ramirez are now coming into the children's room as cool slot cars. With the original Disney * Pixar license, every important little thing was thought of. So the Carrera cars are in no way inferior to the film heroes. The track has a total length of 2.4 meters and is very easy to assemble. In addition to the slot cars, the Carrera FIRST set also includes rails and two hand controls. So Lightning McQueen and Cruz Ramirez can deliver hot races. The hand controls are perfect for small children's hands. So that the cars can be controlled, four type C batteries are required for the battery box, batteries are not included in the set. Disney * Pixar decorative elements conjure up an imaginative and loving race track. With this Carrera FIRST set, even the smallest become a Carrera pilot!


Racing feeling from the cinema screen in your room

Cheeky, but personable: The red NASCAR racing car Lightning McQueen captured the hearts of young and old cinema-goers in the Disney * Pixar film series Cars. Together with his racing coach Cruz Ramirez, he drove over the screens in the third part of the series and won the first and decisive race of the Piston Cup with her. 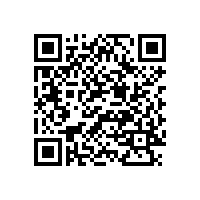